Despite its name, this is an island you can reach by road. But only for some of the time...

Twice a day, the sea sweeps in across the 3-mile-long causeway, cutting off access to and from the mainland. This isn't like a ford which you can drive through, these are dangerous currents with deep water that will quickly cover a car and wash it away.

The wise traveller checks the timetable of safe crossing times, which can be found at the beginning of the causeway and at local Tourist Information Centres.

Some residents say the island being cut off twice a day gives it a magical and tranquil quality. 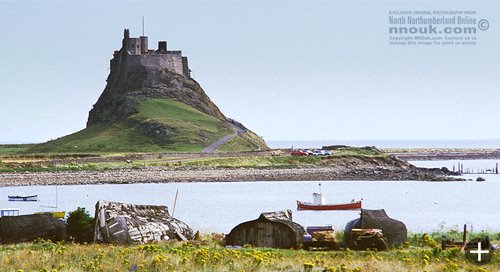 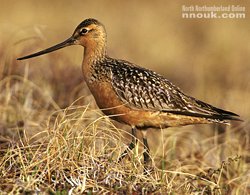 The Island is a National Nature Reserve and a wetland of international significance. The tidal mudflats, saltmarshes and dunes provide an environment that is home to many interesting plants, insects and birds. Rarer plants include the purple northern marsh orchid and early marsh orchid. 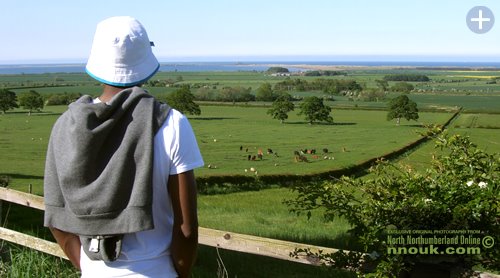 Looking towards Holy Island from inland.

The treacherous sands in days gone by

From the book 'Local Records' by John Sykes. Published in 1833.

'September 5 - Two postilions in the service of Mr Maddocks of Wooler Haugh Head were on the afternoon of this day employed with four horses in conveying a gentleman's carriage in which were himself and family to Holy Island. About nine o clock in the evening the postilions set out on their return homewards with their horses and shortly after a thick fog came on.

'Strong apprehensions were in consequence entertained by the islanders for their safety which next morning were found too fatally verified for soon after day light the bodies of the two unfortunate men and one of the horses were discovered lifeless on the sands. Another horse which by some means survived stood motionless beside its dead companion. The remaining two horses were supposed to have been buried in a quick sand many of which abound in this dangerous passage.' 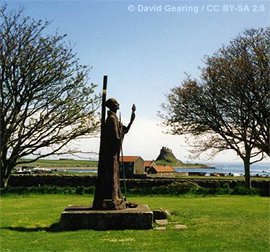 Holy Island was originally called Lindisfarne. St Aidan founded a Priory here in 635 AD and by the 11th Century the Island had become the focal point for Christianity in the north of England. It was then that the name was changed (although both are still in common use). 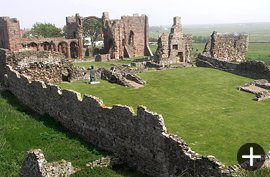 The Priory is now a ruin and a Visitor Centre explains how the monks used to live.

Lindisfarne Castle was built in 1550 to protect the Island from attacks by the Scots. It was converted into a home by the architect Edwin Lutyens in 1903.

Other attractions include a mead factory, the picturesque village itself and the wildlife.

The Pathe News website has a film of a wedding on Holy Island in 1941.

Then the couple follow several 'quaint traditional rites' which include leaping over a stone and scattering coins to the local children.